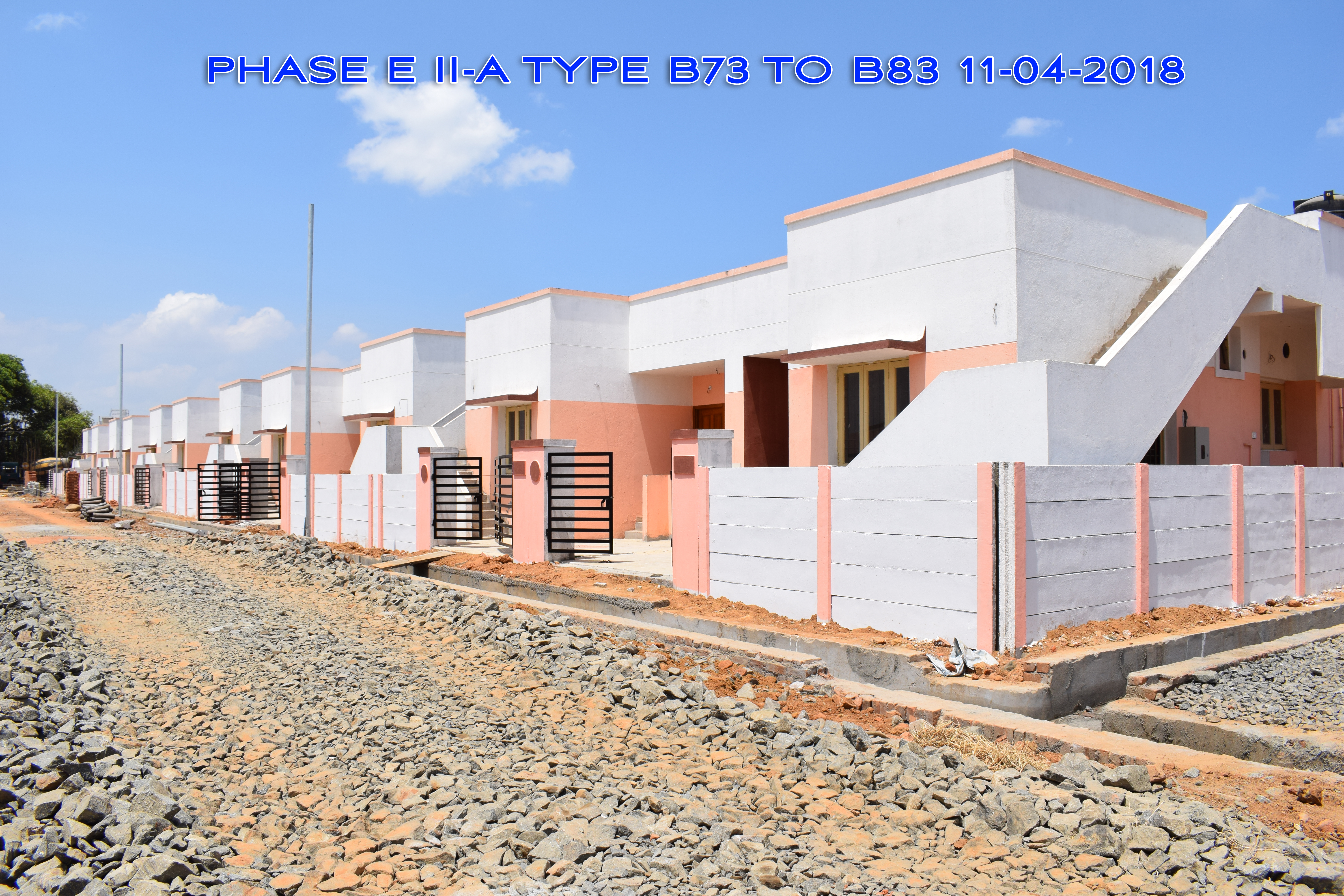 A Photograph of Chennai Group Housing

The following is the position of procurement of land by IRWO for Group Housing at various locations:


A piece of 5.40-Acre of land was allotted to IRWO by Telengana Pradesh Industrial Infrastructure Corporation (TPIIC). Another Co-operative Society had challenged this allotment in High Court and matter was sub-judice. Unfortunately, TPIIC also cancelled the allotment to IRWO against which IRWO got a stay from High Court, Hyderabad. Both the W.P’s have been dismissed by the High Court recently. Copy of court order was obtained and TPIIC were requested to take payment as given earlier and give possession of the plot of land to IRWO.

Upon appeals from the members of Co-op Society, a two-judge bench of Hon’ble High Court has set the order aside and referred the case back to the single judge of Hon’ble High Court for hearing. First hearing was held on 16-03-2016. TPIIC has now been made a party instead of APIIC. Vakalatnama has been filed by TPIIC. The writ petition has since been heard but the judgment was reserved. Finally, as per their order dated 04-10-2017, the Hon’ble High Court, Hyderabad have set aside the allotment of land to The Co-operative Society and allowed IRWO’s Writ Petition. TPIIC has now been approached to re-allot the plot of land to IRWO and issue the demand letter for deposit of the land cost. MS & Chairman IRWO has also written a letter to the Chief Secretary, Govt. of Telangana, to help IRWO in the matter.


Tenders for turnkey project by Builders for ready-built dwelling units including land transfer, were opened on 12-11-2013 for Sohna. One offer was received. Financial bid was opened on 31-01-2014. IRWO organized a site visit of some of the participants of demand survey. The members had reservations about the site as it was in District Mewat of Haryana. The tender has since been discharged.

Land Committee inspected plots of land offered at Sohna (located in District Gurgaon) which are suitable for IRWO group housing. Three bids, one for land and other two on turnkey basis, were received from interested Sellers. The bids were under examination. One bid has been short listed and further discussions are being held with the Builder. The Builder is reconciling the details of areas of the DUs for costing of the units. A demand survey for confirmation with increased commitment money and over-riding priority for allotment of a DU, were carried out to confirm if adequate number of units shall get booked to take up the turnkey project. Last date of submission of application in the confirmation survey was extended from 31-01-2017 to 15-03-2017. Forty applications were received.


In a demand survey done by IRWO for booking a dwelling unit around Shimla by the members, very good response was received. Offers for sale of plots of land to IRWO were invited and inspected by the land committee. LOI for purchase of about 3.3-Acre of land at Fagu was issued but it was not accepted by the Sellers.

More offers were invited and three plots of land offered were again inspected by the land committee. LOI has been issued for the purchase of 2.68-Acre of land at Kufri near Shimla. The LOI has been accepted by the Sellers. “Due diligence” to ascertain marketability of the title of land of the owners has been completed and Sellers have sent documents to clarify certain points that came up in the due diligence report of the advocate. The advocate has checked the details furnished with the Revenue records at Shimla and sent his report. Clause for including approval for sale and transfer of land to IRWO members who are non-agriculturists and non-residents of Himachal Pradesh, is required to be included. Sellers have sent the details of the proposal for giving the DU on long lease to the IRWO allottees. Legal Firm appointed has also given a report on the issue of transfer of the DU to IRWO allottees. The proposals have been examined and Public Notice for calling objections to the purchase of land was published and newspapers on 04-10-2017. As no objections were received, agreement for purchase has been finalized and sent to the Sellers for execution. In the meantime, National Green Tribunal have ordered construction of only up to 21/2 – storied buildings in and around Shimla. This reduces the FAR from 1.5 to about 1.0 thus increasing the already high cost of land and making the project unviable.

Till a final decision is taken by the State Govt., land purchase around Shimla is to be kept on hold.


Letter of Intent (LOI) for purchase of 10.5-Acre of land in Panvel in Mumbai on Mumbai – Goa highway was issued. In the meantime, the land had come under NAINA (Navi Mumbai Airport Influence Notified Area). The available FAR as ascertained from CIDCO is very low (0.2 only) and it has been decided to give up this proposal.

In the meantime, a plot of land was identified near Karjat railway station. Demand survey for procurement of land at Karjat was announced with last date of submission of the application as 31-12-2015. Only 20 applications were received in the demand survey. Three fresh proposals for purchase of land at Panvel in Mumbai were received as rules with increased FAR for plots in NAINA area are under finalization. The offered plots of land have been inspected by MD, DT and DF IRWO along with GM WZ Mumbai. A turnkey proposal has been received for construction of multi-storied DUs in Village Belavali near Panvel in Mumbai. GM WZ Mumbai has examined the details of the plot and other terms and conditions and advised that as NAINA has still not finalized the rules and standards, any purchase of land in Panvel area has to wait. GM WZ has been asked to explore a suitable plot of land outside NAINA scheme; also to examine an offer for construction on turnkey basis in Panvel, outside NAINA area.


Tenders for turnkey project by Builders for ready-built dwelling units including land transfer, was opened on 11-03-2014 for Kolkata. No bids were received. In the meantime, a few plots of land offered in New Town, Rajarhat, Kolkata were inspected by the Land Committee on 21-05-2014. Letter of Intent (LOI) was issued for the purchase of 2.76-Acre of land in New Town, Rajarhat. Though the LOI was accepted by the Seller, he could not arrange the clearances required and the LOI had to be cancelled.

Land Committee again inspected three plots of land offered at Kolkata. LOI for purchase of a plot of 5.61-Acre of land, in Mouza Patharghata, located in P.S Rajarhat, New Town, Kolkata was issued. The seller accepted the LOI. There were 99 owners in 35 Dag numbers. Seller submitted the letters of consent from all owners to sell their land to IRWO. “Due diligence” to ascertain marketability of the title of land of the owners was done. But succession certificate for land owners, who had expired subsequently, could not be established; so the deal did not materialize.

LOI dated 15-04-2017 issued for purchase of 2.5138–Hectare of land in Mouza Genragari, J.L No. 37, P.S Rajarhat in North 24 Parganas (West Bengal), was accepted by the Seller on 25-04-2017. Seller is processing the purchase and conversion of land to residential use before offering it to IRWO for transfer and registration. In the meantime, agreement for the purchase of land has been executed with the Sellers.